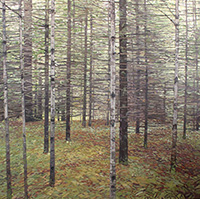 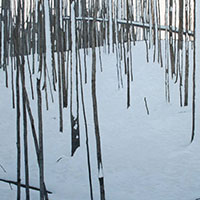 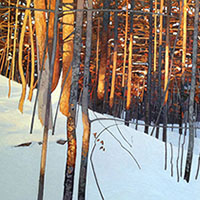 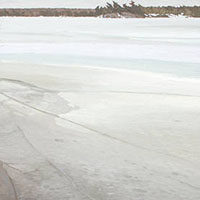 After graduating from The Ontario College of Art and Design, I built a successful career as an artist. A landscape artist. Landscapes just makes me feel happy and challenged. I paint because I want to get better and become a great painter. Like so many I admire. I paint for my well being. I paint because I’ve always painted.I paint landscapes because I’ve always painted landscapes.I paint to support my family. I paint for everyone who has supported my work and gave me a career in art. My humble thanks to you.I will never stop painting. 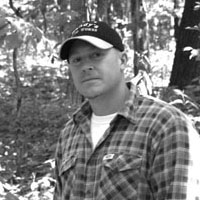 Landscapes dominate the subjects of my paintings, simply because they have always surrounded my life. Feeling is the essential motif behind my work; the initial inspiration holds the key to the process that evolves afterwards. I am drawn to a particular place by a luminous colour, a certain slant of light, an interesting shape, or shadow, movement of sky, a memory of sound, smell and sense of ease. These elements are what interest and excite me, stirring my passion to paint.

For me these places are found in northern Ontario. After graduating from the Ontario College of Art in 95, painting the north was a natural homecoming for me. Growing up it was where I spent my summers and weekends. Growing older I’ve realized the impact it made on my life and work.

Recently I relocated my home and studio from Toronto to Lakefield ON, in the Kawarthas, to be closer to my inspiration. When painting, I reference photos I’ve taken usually only days prior so the image and feeling is still fresh in my mind. Each piece starts as a small oil sketch, where I focus on colour and composition, this then may or may not lead to a larger canvas. I try to paint every day. This is important for my work as well as my well being,